As a leader in the Somatic Psychology field, Steve has mentored and trained thousands of professionals in North America, Europe, Asia, and the Middle East in the art of the compassionate treatment of trauma. Steve was Professional Training Faculty for Somatic Experiencing® International for 17 years and is currently Adjunct Faculty for JFK University’s Somatic Psychology program.

Steve is a founding member of the Northern California Society for Integrative Mental Health and the International Transformational Resilience Coalition and served on the Global Training and Education Council for the Somatic Experiencing Trauma Institute. For a complete bio visit the Steve Hoskinson page.

Our humanity rests not
in what distinguishes us
from the rest of life,
but rather in what we share. 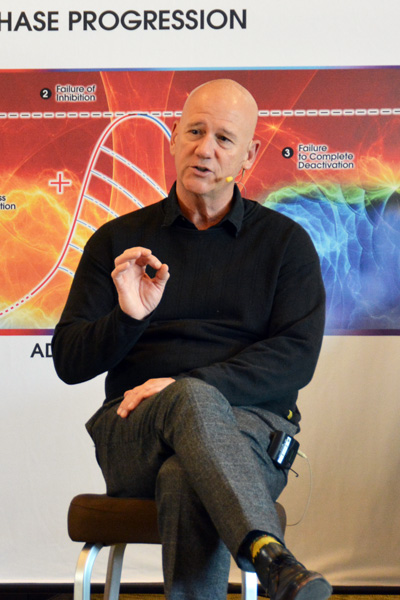 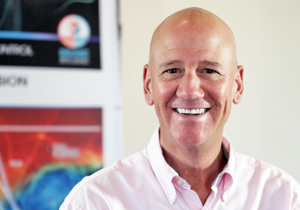 Tashia is also the proud mother of a smart, happy, and beautiful teenage daughter. They live in the house where Tashia’s mother was raised, on land that has seen four generations. Her passions are her family and friends, reading, her Chargers, and anything Celtic. Her dream is to visit Ireland, write a novel, and raise a happy daughter, not necessarily in that order. She also runs an independent charity in honor of two nephews she lost within 4 days of each other in 2009. With her friends' generous donations, she collects stuffed animals and pajamas for kids in Children’s Hospital in San Diego and the Polinsky Center in San Diego. Channeling her grief to good made has made a difference to many sick and scared children.

As she celebrates over 10 years with Steve and OI, Tashia is looking forward to being part of the organization for years to come, to see it from its infancy to helping the world be a better place.
For what do we live,
but to make sport for our neighbors,
and laugh at them in our turn?
Jane Austen 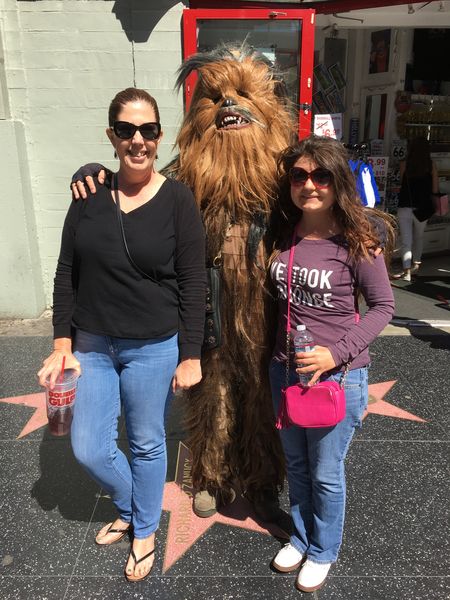 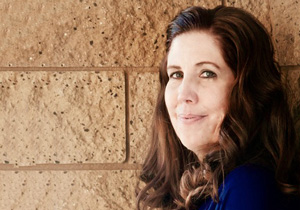 Tashia Burchett
Program Manager
tashia@organicintelligence.org
https://www.facebook.com/tashia.burchett.work
https://www.linkedin.com/in/tashia-burchett-ba39488b
Martha Jessee
Membership Facilitator
Martha’s career began by coordinating government-funded school-to-work programs. She moved into various functional accounting roles, including payroll and compensation at KFC/YUM! Brands in Louisville, Kentucky. Martha transitioned to manage compensation programs for LG&E and KU, interact with colleagues internationally and had responsibility for HR Information Systems and HR Policy and Compliance. She has a Bachelor of Science in Commerce with an Accounting Focus from Bellarmine University in Louisville. Martha has a strong commitment to customer support, attention to detail and demonstrated leadership. Martha lives in southern Indiana with her husband Bill. They have two children, a grandson and a Yorkshire terrier named Zoey. Martha enjoys all things outside, especially gardening and caring for her goldfish pond. 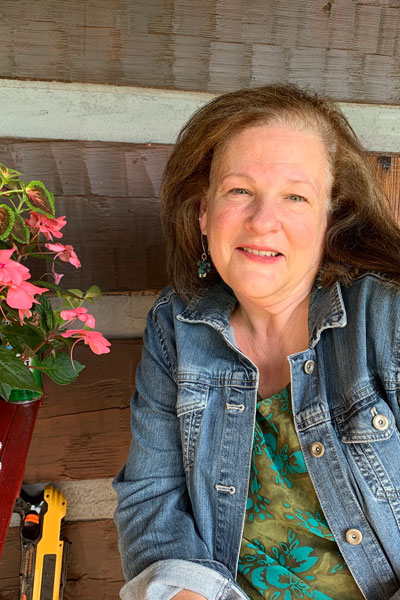 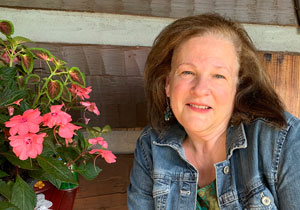 Martha Jessee
Membership Facilitator
martha@organicintelligence.org
Rob Gussenhoven
Creative
Rob Gussenhoven joined the team to help define and develop the OI brand and he is responsible for all creative output. His compassionate leadership and management skills are a valuable asset to the team and his contributions extend to all levels of the organization.

Rob is an experienced leadership and brand development consultant with a global client portfolio. He was previously Board Chair and Interim Executive Director at the Somatic Experiencing® Trauma Institute. Trained in trauma resolution, he is a long-term student of the Diamond Approach to Inner Realization, a path of self-realization and human maturity based on an original synthesis of modern psychology and spiritual nature.

Rob is dedicated to a life of service.

Born in Holland, he is happiest on a bicycle. He speaks four languages. As an explorer he climbed in Europe and Alaska and crossed the Greenland ice cap on skis. More recently his explorations include the mystery of True Nature.
When we make peace with ourselves,
we make peace with the world. 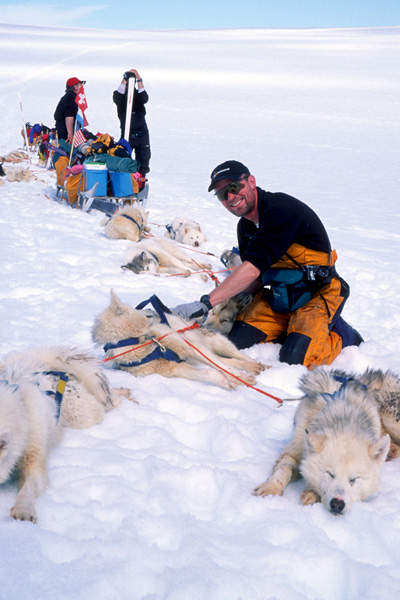 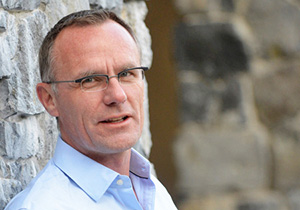 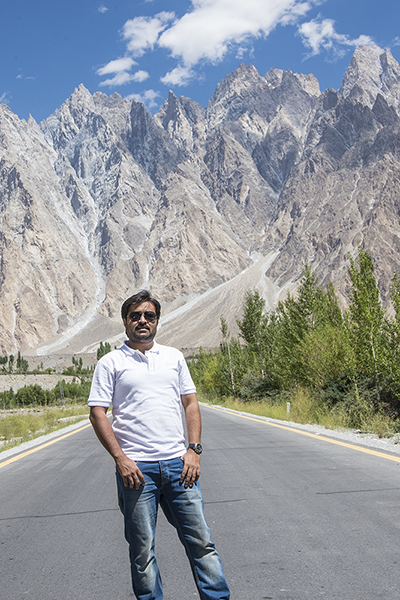 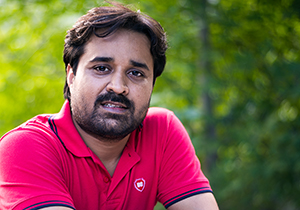 Nathan received his Master of Social Work degree from Arizona State University with an emphasis on traumatic stress. He was awarded the Partner in Excellence for his group and individual trauma therapy work while working in community mental health. He enthusiastically served from 2014 to 2018 as a public speaker, trainer, supervisor, and trauma program coordinator.

In 2017, Nathan discovered Organic Intelligence® (OI). He immediately recognized OI as his long-awaited “clinical home”. He has studied in-depth with Organic Intelligence Founder Steve Hoskinson since that time. A passion for the personal and professional integration of OI has led Nathan to become an OI Expert, OI Mentor, and OI Coach at nathanrehm.com.

Nathan had the privilege of joining the Organic Intelligence team in the past as Outreach Manager, as well as handling Special Projects for OI. This service was born of deep gratitude for OI’s model and practice, as well as his desire to serve and expand the OI Community.

For spiritual and personal well-being, Nathan finds the daily application (read: allowing) of OI’s “Orientation” exercise invaluable. In addition, Nathan studies with and applies the teachings of Thomas “Tom” Campbell, a meditation and consciousness expert. These practices in addition to Nathan’s personal sessions have transformed his experience of himself and the world around him. He uses newfound freedom and energy to serve with joy, as well as spend time cooking, writing music, reading, hiking, and gathering with others (especially around campfires).
Virtue is its own reward
Cicero 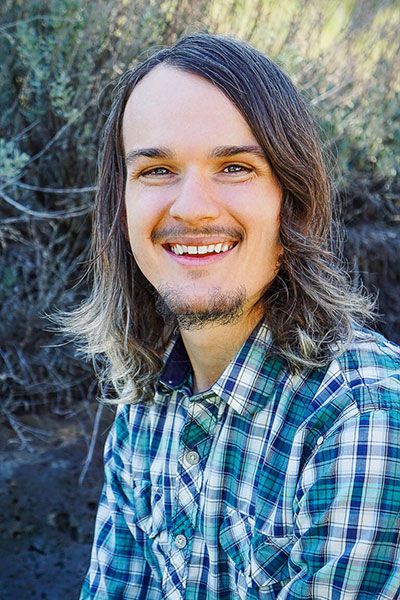 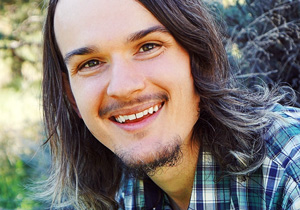 Raised in a working class community in California’s Central Valley, Sam developed an interest in social justice at a young age. In the time since, neither the concerns or the desires of his youth have left him, but rather have grown stronger and inspire most of his work. Sam's articles and photography have appeared in more than a dozen alternative newsweeklies and other publications including the Navajo Hopi-Observer, In These Times, Indian Country Today, the San Francisco Bay Guardian and the Tucson Weekly.

In recent years, Sam's interest has shifted toward documentary and new media. In 2013 he earned an MA in Social Documentation from the University of California, Santa Cruz and wrote, edited and produced his first film The Ghosts of March 21.  He is currently researching a new film project navigating the history of Mexican identity and class struggle. 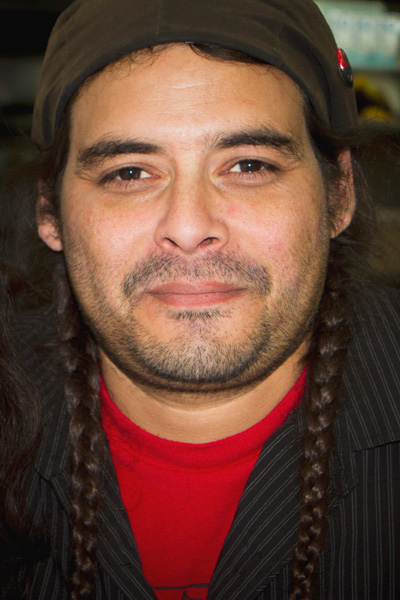 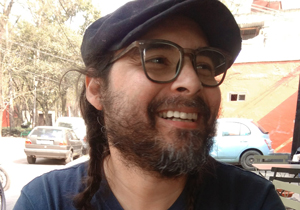 Our professionals are here to help you and will be pleased to hear from you.

Feel free to ask for what you need: an appointment, a consultation or simply a response to a question.

Include your phone number if you prefer to be called.

We highly respect and safeguard your privacy and will never disclose
your email address to anyone but the person you are contacting.

OI does not read or retain your email. However, a copy will be sent to
you for your records.