Organic Intelligence® coaching is the ongoing refinement in relational attunement. In the OI™ Coach Certification program, coaches are introduced to facilitating human Auto-Organization in the context of a single biological system as it interacts with the environment.

In the next training level, the OI HEART™ (Human Empowerment And Resiliency Training) Coach program, coaches learn to recognize and work specifically with resonant systems: the relationship of the individuals and their most salient frames of reference, such as social, intergenerational, natural, and cosmological. 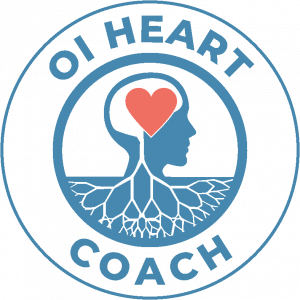 The OI HEART Coach (OIHC) program is a collection of six courses that further the OI aim to wed personal and professional development, with carefully sequenced experiences and clinical conceptualizations.

This sequence of courses, along with coaching and consultation, builds on and expands the OICC dyadic coaching context of working with an individual biological system. In the OI HEART Coach program, OI Coaches transition toward seeing the individual simultaneously within the numerous influential frames of reference. Working effectively within this simultaneity requires both practice and the expansion of the coach’s personal biological bandwidth.

In the OI HEART Coach program, OI introduces for the first time a meaningful engagement with the notion of trauma (e.g., Multiple Trauma Vortex and Intergenerational Trauma Healing). This program elaborates on the fundamental frameworks of positive reinforcement and seeing how the biology builds a nest of support. OI HEART Coach participants gain experience working with increasingly intense topics that clients bring in. Thus, these courses invoke the term “trauma”, but the course content elaborates the specific OI understanding of trauma.

The successful completion of the OI HEART Coach program leads to further competence at the OI Specialist (OIS) level, where courses and specializations, including in trauma, mindfulness, and group work will be available.