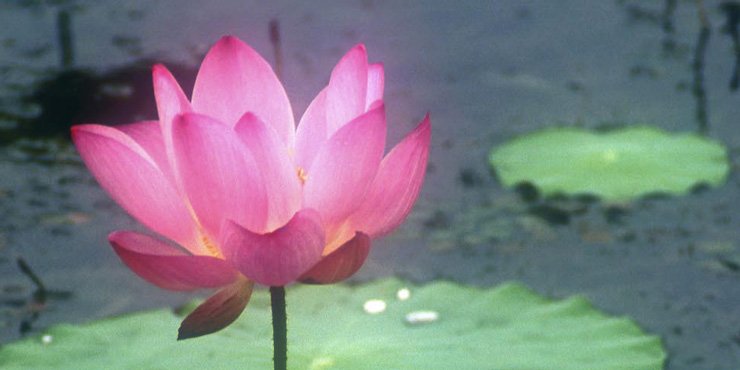 Yoga Through The Lens Of Organic Intelligence

Yoga is often talked about as both the means and the end. It refers to both a scientific system of practices and to a state that is the result of these practices. Steve’s Organic Intelligence® model (OI) has helped clarify some things that I have noticed in my 20+ years of experience with yoga, about its means and end.

Yoga: a Means and an End?

First is the confusion of the means and end. That is, a lot of yoga folks think the means are the end. The practices of yoga include postures, breath practices, gesture, mantra and meditation among others. These are what in Organic Intelligence terms we call Phase 2. They are things we “do” to get a result; often they control, manage and regulate our experience. They can be useful and fun and sometimes we can get focused on these practices and “getting good” at them in a way that misses the point. Believe me, I have gone down that road like many others. The truth is that we don’t practice yoga to get good at yoga, which is exactly parallel to the truth that we don’t learn a bunch of regulation tools so that we can spend the rest of our lives using regulation tools, though many people do.

The other thing I would say about yoga as a means is that it is not one-size-fits-all. Yoga is incredible in the breadth and depth of practices that can be used to create all kinds of effects. Many books and teachers, however, describe these effects quite definitively, stating which pranayama (breath practice) is calming and which is stimulating, for instance. What I have observed, on the other hand, is that there is no yoga practice to which everyone responds in the same way. Organic Intelligence describes three phases of system organization: chaos, complexity and coherence. As Steve explains: in chaos, there is no predictable response; in complexity, responses are predictable, but things are, well, complex; and in coherence, everything is working together. It is not surprising, therefore, that yoga practices do not affect everyone in the same way.

It is just occurring to me that in the Organic Intelligence approach, we don’t begin with focusing on internal experience at all, we start with orientation to the environment. As yoga is commonly taught, there is a lot of focus on internal experience. The first limb of the eight limbs of yoga, however, is a list of five ethical practices that have to do with how we interact with the world around us (things like non-harming, truthfulness, non-stealing), a type of orientation. Perhaps these help a person’s system to stabilize (move from Phase 1 to Phase 2), so that results are more predictable when we start applying specific techniques for specific results.

Connection
Anyway, let’s get back to yoga as an end. My favorite translation of the word yoga is connection. This is to me what we are going for — we practice yoga so that we can be more connected, connected not just to God or spirit or whatever, but also to life and the world and other people and ourselves. In Yoga Sutra 1.3, Patanjali says that the result of yoga is that we reside in our own true nature (aka Organic Intelligence). So, just to repeat what I was saying earlier, we do all those yoga practices, so that we get to something bigger, not to the end of perfecting the practices. And I would say the end we are moving toward is much the same as what we think of as coherence in Phase 3.

Our True Nature
So here’s where we run into what I see as another big misunderstanding: what does a human being look like when they are residing in their “own true nature?” It seems to me that a lot of people think it means someone is “calm” all of the time and basically unaffected by things. I don’t get angry, I don’t get sad, I don’t get disappointed or irritated or flustered or afraid. Remaining unaffected, of course, also means no excitement, no anticipation, no delight, no joy, but people don’t think about this so much. Responding in the same way to everything sounds more like disconnection than connection to me. It sounds a lot like trauma. I am disconnected from what is actually happening in reality in the moment. In OI, we would call this disorientation.

As a quick side note, we can see that there might be a tendency toward excess inhibition amongst this crowd. Interestingly, there can also be a lot of intensity seeking. A lot of yoga injuries occur with those who are very flexible and have to overstretch in order to get the sensation they are looking for.

A Coherent, Connected Human Being
When I think of someone who is connected (i.e. residing in their own true nature), I picture someone whose states and responses vary according to the situation, someone who is really alive, someone who is, in fact, human. It is interesting that the word svarupa that is usually translated, as I have done here, as “one’s own true nature” could actually be more accurately translated as “one’s own true form.” And that’s “form” in its very literal sense — the shape, the appearance, the figure, the visible object. So though many yogis are trying to be “spiritual,” the purpose of yoga arguably is to be fully human, since our actual form is that of a human being. I would say a coherent, connected human being who has cycles of activation and deactivation.

Polarity and Attachment
Granted, there is a lot of reference in yoga to things like non-attachment and equanimity, so how does that fit in then with this idea that we are not trying to become unaffected? Let’s look at Yoga Sutra 2.7 and 2.8 and get a little perspective from OI. This is the section of the Yoga Sutra talking about the causes of suffering and these two verses are about attraction and aversion. So we have polarity, blues and reds. Blues and reds aren’t a problem; it’s their polarization that’s the problem, the thinking one is good and desirable and the other is bad and to be avoided. This is exactly what these sutras are saying — the problem is that pleasure is followed by attraction and displeasure is followed by aversion. The causes of suffering are not pleasure and displeasure themselves, it is taking that next step of trying to get more of one and less of the other. I don’t think the message of yoga is that we should not have preferences, likes and dislikes, but that we don’t attach any meaning to them, we don’t attach happiness and unhappiness to them. And OI would add that when we see the blue and red in everything, we are less drawn and repelled and can just enjoy both the ups and downs.

Stephanie Sisson, MSW, LICSW, SEP, OIX is a therapist in private practice in Olympia, WA. She has experience working with children, teens and adults with a wide range of challenges, including anxiety, depression, eating disorders and autism. She currently works primarily with adults, most of whom have experienced childhood trauma. Stephanie has been practicing yoga for over twenty years. She has been a yoga teacher and a yoga teacher trainer. For about ten years, she worked in a yoga-based therapy approach and trained therapists in incorporating yoga, particularly yoga philosophy, into their work. Read more about Stephanie at soundsomatictherapy.com.