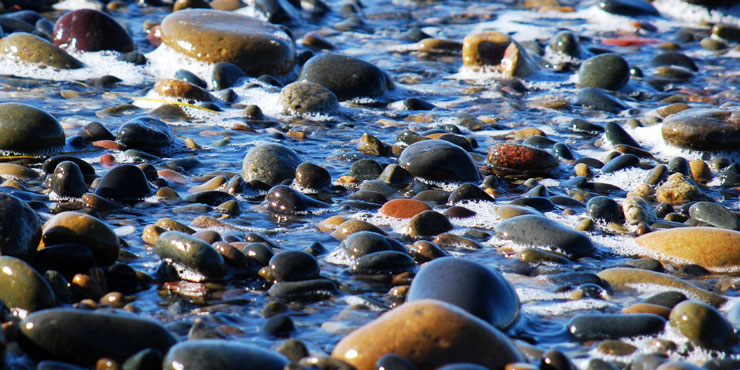 The Yin & Yang of Being & Doing in Therapy

“You are here to manifest your innate enlightenment.”
—Morihei Ueshiba (Founder of Aikido)

“What do you do when you bump up against the client’s resistance? You say ‘Excuse me!’”
—Milton Trager

The zen master slapped the fan into his palm, “How do you experience this sound?”

It was 1982 and it was my first koan in my first zazen. I was way out of my depth here, and I really wanted to have the right answer. “In my mind?” I asked. Sensei only grunted, and slapped the fan again: “How do you experience this sound?”

Distinct traditions encourage the appreciation of fundamental goodness, or “innate enlightenment”— as the Founder of aikido puts it. For those of us in the helping field, we daily face a dilemma, from this perspective of innate enlightenment: on the one hand we aim to recognize and reflect the client’s essential wholeness, and on the other we recognize that the client is asking for a change of some kind, some improvement.

In aikido the principle of non-resistance is forged in a physical practice where one meets one’s partner with the aim of harmonizing confrontation into fluid conjoined movement. Utilizing principles from Aikido, Zen and Milton Erickson’s utilization/cooperation principle, I build on clients’ pre-existing strengths and abilities to join deeply and empathically with their worldview without resistance.

Deep ‘listening’ happens most readily from the unshakable expectation of the inevitable expression of growth and development. Traditionally this expression is spoken of as the soul’s destined impulse. I use the language of self-organizing systems in this regard and train therapists learning OI methodology to deftly reinforce subtle expressions of increased self-organizing impulses in clients’ physiology, including motion and emotion. Over time, clients themselves come to recognize and trust the unique flavor of this cohering impulse — and learn to surrender into it.

I was working last week with a young man, in typical Organic Intelligence® ‘free association conversation’ style, which allows the client’s dialogue to be spontaneous and easy (more effortless). Nearing the end of the session, the client identified a state he believed to be associated with freeze and some dissociation— “like a little less clear, almost a little confused”. As we continued to reflect on this state, however, it became clear that what had happened was an important shift out of his more usual state of hyper-focus into a more relaxed awareness. In fact, he recognized the current state as aligning with his spiritual tack, that of greater openness and selflessness. He felt less identified in that moment with ideas & sensations of ‘ego-self’, instead feeling a greater participation and connection in the moment and with a distinct sense of spaciousness.

One of the key contributions of the Organic Intelligence Clinical Protocol is its coaching on the timing for both doing and surrendering. In the headwinds of addiction, self-harm, and suffering clients must be coached to make wise intervention: cognitive-behavioral approaches, DBT, etc. However, in order for their complex (nervous) system to self-organize, the main effort is well-timed (in Phase3) non-effort — letting things be as they are! Recognizing active and non-active phases in moment-to-moment states is one of the hallmarks of OI, and is named in the graphic as the Phase 2 (‘Doing’) – Phase 3 (‘Being’) interface. It is the apt and spontaneous oscillation between these two which sets the stage for OI’s goal: the ongoing restoration of natural biological timing and synchrony.

The cooperation principle in OI’s protocol means that the therapist is always looking for what the client is doing — consciously or unconsciously — that reflects a better balance between doing and being, between effort and surrender, between holding on and letting go. Indeed, the integrative value of strategic effortlessness has mounting evidence in its favor from studies in mindfulness, brain studies of the brain’s resting ‘default mode’, and a resurgence of interest in hemispheric differences in processing styles. I have spoken in OI Blog of trauma’s priming the attention to look for What’s Wrong, which then implies a next step to do something about it. Instead, a more neutral and oriented approach is an integrating and integrative experience, and would only be interrupted with volitional effort (such as ‘paying attention’, cognition, etc.).

If I would have failed to reflect this integrative state in my previous case example, my client’s more accustomed ‘something’s wrong’ belief would have stolen the moment away from him. Instead, with coaching, he understood the state well enough to surrender into it and harvest the value of the experience — somatically, cognitively and emotionally. And indeed, it is that direct experience — without doing or thinking — that can become a coherent baseline nervous system condition.
And then it becomes another really great answer to the question, “How do you experience that sound?”

This blog post was written for and first appeared in Somatic Psychotherapy Today.
SHARE THIS ARTICLE
print