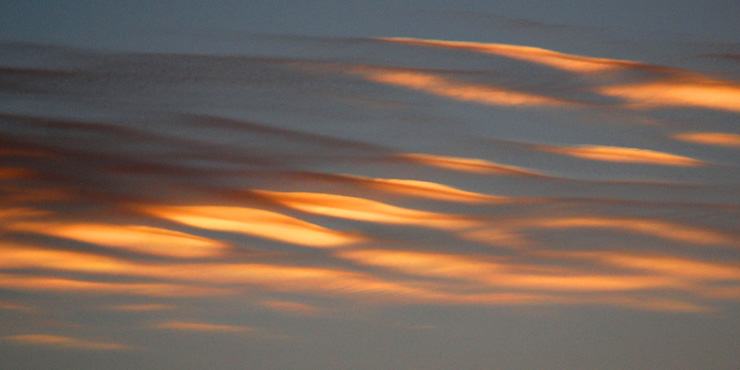 I remember in graduate school in clinical psychology, there was a change in the way heated discussions took place. Ways of winning arguments became more psychologized. Like the spells cast at Hogwarts, the “You’re PROJECTING!” was one of the more common attacks. The pejorative nature of projection stems from Freudian perspectives of projection as one of the more primitive defenses. In his authoritative review, Vaillant (1992) describes how…for Freud, the defenses of denial, distortion, and projection were the defenses of psychosis. At the opposite end of the continuum, sublimation, altruism, humor, and suppression were the defenses of maturity. Between these two groups of defense mechanisms were splitting, hypochondriasis, turning against the self, phantasy, dissociation, repression, isolation, undoing, displacement, and reaction formation — defenses that Freud believed to be the hallmarks of neurosis. (p. 9)

In the understanding of Organic Intelligence® (OI), projection — rightly encountered — is a uniquely potent means toward reassociation and integration. The protective value of projection is honored and respected. Instead of interpreting or revealing to the client the unconscious process, Organic Intelligence proposes to take time to build state-specific ego-strength until the projection’s value becomes appreciated; the integrative process then becomes a matter of course. It’s the difference between a client feeling vulnerably exposed in their defensive posture, and feeling supported, empathically seen and self-discovered.

Positive Reinforcement
Rather than providing insight per se, Organic Intelligence aims to shepherd observable physio-emotional states according to a protocol which aligns with subtle, but naturally occurring organismic trends toward increased coherence — the rhythm of an integrative biology. We employ a ‘shaping’ paradigm of positive reinforcement — a true paradigm shift in trauma therapy.

Toward this end, one of the most helpful aspects of Organic Intelligence as a clinical approach is that, as a systems approach, it clearly defines three actual and distinct organizational phases of the nervous system: Chaos-Complexity-Coherence.

This is important for clinicians, because in-the-moment nervous system phase determines the intervention that is needed. We can see the three phases in the diagram above, which is one of the main maps of the Organic Intelligence clinical protocol.

Attunement
The main question, therefore, becomes attunement. For instance, an ego-strengthening comment such as “So you were able to set that boundary with your partner” could be a helpful reflection when the system is in Phase II — it may support a more positive affective state appropriate to that Phase. In Phase I such a reflection’s effect would be nullified in the system’s disorganization and tendency to associate things with negative affect or increased intensity. In Phase III it would create a particular state extrinsically, when the system is intrinsically processing, and thus disrupt all-important intrinsic reorganization. As well as emotionally, interventions must thus be systemically attuned in order to be effective, and Organic Intelligence helps clinicians identify the recognizable signs of these phases in order to provide this deep, organismic attunement.

Mindfulness and orientation towards reality
In particular, the above graphic suggests that ego-strengthening must go hand-in-hand with fundamental mindfulness: that of a basic Orientation to reality. This certainly includes the capacity for affect regulation through various mental, physical or psychological actions — like tools of helpful thinking, behaving and attentional focus, such as is found with proven tools of CBT, DBT, yoga, moderate exercise, medication, etc. However, the fundamental context for the client’s use of these proven tools is the basic awareness of oneself in the moment. On a practical level, Organic Intelligence promotes a particular aspect of mindfulness: attention to the environment through the senses — coming back to our senses!

OI aims to shepherd observable physio-emotional states according to a protocol which aligns with the subtle, but naturally occurring organismic trends toward increasing integrative coherence.

What’s wrong is the priming of the attention toward what’s wrong
In contemporary psychotherapy — with notable exceptions like those found here, positive psychology, and Ericksonian utilization approaches — the focus of attention most often lands in pathology, the preoccupation with “what’s wrong”. Elsewhere I discuss this as a biological reflection of trauma — when the amygdala creates a self-stimulating loop of emergency alert and priming for ‘what’s wrong’: “the what’s wrong attention”. Organic Intelligence says that instead: Trauma means unintegrated resource. In other words, what’s wrong is the priming of the attention toward what’s wrong — and this is what’s wrong. On the other hand, our neurophysiological system is simultaneously making other self-organizing efforts to bring us back to balance — all the time. These obvious efforts are mostly missed due to the compulsion to see what’s wrong. Self-soothing, and attendant affect regulation, remains conceptual until — with the right knowledge and accompaniment — one can change the concept into the lived experience of good feeling in the felt sense. This, along with the mindfulness to the environment, is the aim of the initial conditions of Organic Intelligence treatment protocols.

Allowing projection
The relationship to projection is clear: given enough affect regulation and here-and-now orientation, one can allow the projection process to occur. If one can allow the projection process to take place, freed from the ‘it’s wrong’ association, then one has the possibility to see the material whose aim is integrative. In other words, projection places one’s experience ‘out there’ — at a safe distance, where it can actually help us recollect our relationship to it. Once there is sufficient ego-strength developed, and a sufficient degree of neutral awareness* — one can begin to experience aspects of oneself which are projected. Jung knew this when he said, “everything that irritates us about others can lead us to an understanding of ourselves.” However, it is of course not only that which irritates which reflects us back to ourselves — it can also be that which integrates and inspires us, what is admirable, and what is numinous which we can reclaim via projection.

*The work of establishing this ego-strengthening, the stabilization of a relatively neutral, embodied awareness is a task common to psychotherapy. We recognize that the more disoriented or fragmented the client, and the fewer resources available, then longer term support is necessary. Establishing these ‘initial conditions’ may occur over months, or years with those who are most disoriented. OI’s aims are integrative, versus insight-oriented per se. As such, stabilization and relatedness are first priorities.

This article was first posted July 21, 2015 on GoodTherapy.org.