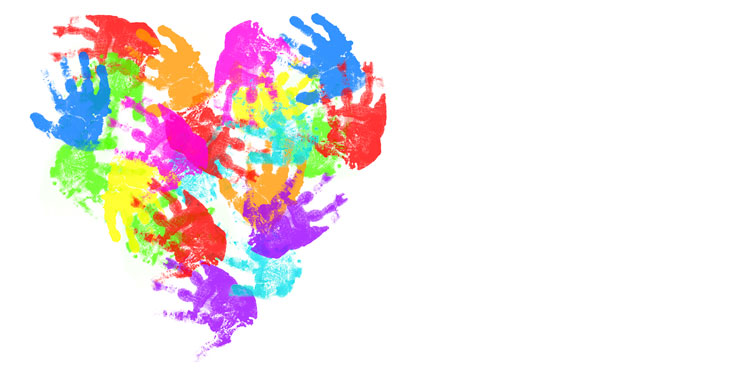 My work with children using an Organic Intelligence® approach began in a pediatric hospital setting. While the child’s journey toward healing didn’t end with our time together, the hope I held, and continue to hold, is that their system received what it needed in those first moments to allow for processing and integration with greater ease.

Meeting a child where they are, joining them in orientation, defined as “connecting to the environment through the senses,” and offering them as many opportunities to experience simple joys and pleasures as possible during their hospitalization, were the guiding principles of the work I had the honor of doing.

A nine-year-old boy was brought into the trauma room after being hit by a car. An adult caregiver wasn’t at the scene and had not yet arrived to the hospital, so I became the constant presence at his side. I reassured him that his dad was on his way, that I would stay with him, and that I would also explain to him what the doctors and nurses were doing to help him and his body. There was immediate relief in his eyes and they became a bit more focused. With this came movement in his head and neck as he oriented to me and my voice. His legs began to shake, which he noticed and appeared uncomfortable with, at which point I invited him to “just let the shaking happen,” sharing that this is a way “our body helps itself.” With that permission and normalization the shaking increased, followed by deactivation and settling. Several cycles followed, each less intense than the one before.

Orienting
After talking him through all of the initial medical interventions and their accompanying sensations, the trauma room quieted. It was then that I noticed him beginning to orient to the room, so I joined with him in his curiosity and noticing, really taking our time. Connecting to the environment through the senses allowed him to be fully present, as his system was able to recognize that he was no longer in imminent threat. Content began to arise and it felt as though he had a real need to share what had happened before his arrival at the hospital. Because orientation had been established, we were able to move into and out of the “story” without him getting lost in it. As he talked about how he wished his parents had been with him after he was hit, he saw his dad walk through the trauma room doors. Immediately he began to cry and he reached out for his dad, who held him, comforting through touch and words, until the crying and shaking eased. He and his dad rested together until the boy was moved to an inpatient room.

The Emergency Room
On occasion, while working in the emergency room (ER), there was even the opportunity for therapeutic play. A four-year-old girl arrived tearfully to the ER for her third in a series of four rabies vaccinations after a bat was found in her bedroom. Her mom commented that her daughter had been increasingly angry as of late, hitting her siblings and generally “acting out” in the time since the bat was discovered. The child’s parents were visibly distressed by this change in their daughter’s behavior, and their well-intentioned approach was to put her in timeouts and make other attempts to shutdown the fight response that was showing up.

Therapeutic Play
After her vaccination on this particular day, the patient angrily yelled, “I HATE THAT BAT!” I empathized with her emotion and she initiated play. A piece of paper became the bat, which I flew around the room while she took swings at it, stomped on it, and crumpled it up. All the while, I offered verbal encouragement, sometimes taking on the voice of the bat: “Ouch, OW, I never should’ve come into your room!” “You’re really showing me!,” etc.

To be honest, her parents appeared a bit horrified initially, but before long all four of us were laughing. Eventually the little girl climbed into her mom’s lap and cuddled, settling so very nicely. A side conversation with her parents helped them better understand what they had been seeing at home, the play their daughter had just engaged in, and how to support her when/if that “working through” showed up again.

On her way out of the ER she was smiling, her eyes were more clear and focused, and the way she in which carried herself was the embodiment of relaxed alertness.

The Pediatric Outpatient Unit
In addition to the emergency room, I worked in an outpatient unit where children had gastrointestinal procedures while under general anesthesia. It was there that I first met an 11-year-old boy who had several previous experiences with being anesthetized. To say he was terrified is an understatement.

What I noticed right away was the constriction and rigidity in his body. He had never been to this particular unit and he was information-seeking, which seemed to reduce his anxiety, so I invited him to take a walk on the unit with me. With some movement, his body because less constricted and he was more able to socially engage. We oriented to sights and sounds of the unit, even going into the procedure room so that he could see where he would be falling asleep. He asked questions about what he saw in the space and seemed relieved and reassured with the information given to him. We then began to work together, along with his mom, to devise a plan for coping when it came time to “fall asleep.”

Empowerment
Thankfully there was a wonderful, and wonderfully flexible, medical team staffing the unit that day, which gave us room to be creative. Once in the procedure room he sat on the edge of the bed with his mom’s arm around him. He held my gaze as used guided imagery of a vacation he had recently been on. As the mask was placed over his mouth and nose there was a flash of panic in his eyes. He pulled back and pushed the mask away, saying, “I need to count to five and then I’ll be ready.” The anesthesiologist followed the boy’s lead beautifully. His body relaxed as he counted and his eyes re-focused on mine. After five seconds he was able to tolerate the mask and he fell peacefully asleep. We later received a card from him and his mom, thanking everyone involved for the positive experience, and stressing what a difference our approach had made, even after they left the hospital that day.

Orientation to Pleasure
When it comes to joining children in their journey from a state of chaos to one of coherence, regardless of the setting, I’ve learned that orientation and orientation to pleasure (often through movement) are invaluable, as is the support of a well-attuned caregiver. And perhaps most inestimable of all, in the work that I do and as a human being, are my personal practices of mindfulness and steeping my nervous system in the simplest of life’s pleasures.

Amie Summers, LGSW, SEP, OIX has a private psychotherapy practice. She helps children, teens, and young adults heal through re-regulation of their nervous system, utilizing therapy techniques such as sensory integration, body awareness, play, and dialogue. Amie has extensive experience working in pediatric hospitals, addressing the psychosocial needs of young people and their families. She is a Licensed Graduate Social Worker, licensed by the State of Minnesota Board of Social Work, and is trained and certified as an Organic Intelligence® and Somatic Experiencing® Practitioner. See amiesummers.com.