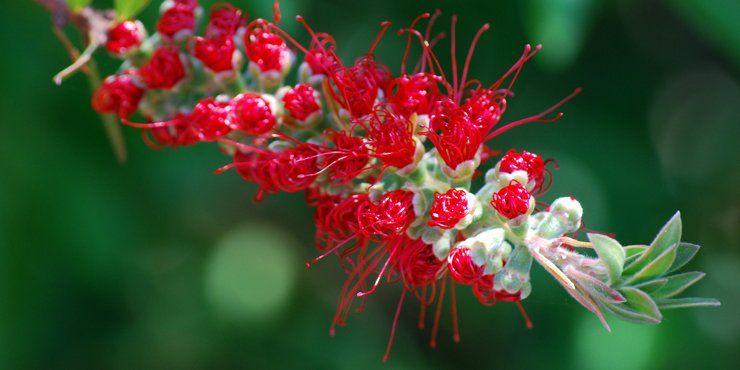 Complex Family Systems: in reality each of our psychobiological systems is complex in and of itself. Therefore, each relational system we create is bound to be complex and multifaceted. The complex family systems that I will address in this blog post, are families with one or more of the following issues present:

•   Addiction of one or more family member

•   Mental illness of one or more family member

•   Incarceration of one or more family member

•   Developmental disability of one or more family member

•   PTSD of one or more family member

•   A high ACE score of one or more family member

ACES, or Adverse Childhood Experiences Study, is a questionnaire that was put out by the Kaiser Permanente healthcare group in California. It is available online. It is a 10-question questionnaire that attempts to suss out childhood abuse and neglect. A score of 3 or higher is considered high. The questionnaire has been distributed to literally thousands of people over many years and there are several tiers of research concurrently happening with it presently. The results are indicating that an individual with a high ACE score is more likely to have a complex disease process in mid to early adult life. Complex disease processes such as; heart disease, stroke, diabetes, chronic fatigue, fibromyalgia, Crohn’s disease, irritable bowel disease, cancer, obesity, anorexia, arthritis, chronic regional pain syndrome (formerly reflex sympathetic dystrophy), chronic pain, and early death. Additionally, it is being frequently reported by the medical community that these folks generally fall into the category of difficult-to-treat patients.

It is most likely that one or more of the family members you are working with from the complex family systems list has a high ACE score. It is important to consider this because it points to what Steve Hoskinson calls, a “stack” of traumas, a fairly sizable one, that goes all the way back to childhood, and before.

Many of these folks who have high ACE scores, or who come from or are part of complex family systems have been diagnosed (often multiple times) with physical or mental “illnesses.” Often they have encountered the health care system many times, with little or waning results, and have “been through it.”

A refreshing way for your clients to feel better about themselves

Regardless of your practice, or how you encounter your peeps, Organic Intelligence® offers a humane, compassionate, gentle, respectful and effective way of working with your clients. Organic Intelligence, with its emphasis on organically developing mindfulness, supporting the re-emergence of the orienting reflex, and resiliency, is a refreshing way for your clients to think differently about themselves and more importantly, to feel better about themselves; more embodied. Organic Intelligence doesn’t involve yet another diagnosis, simply a process, a biological process that helps get at the foundation of their woes; a dysregulated nervous system that has been habitually reinforcing itself in the red vortex and has forgotten all about the blue vortex. When a system can find ease within itself, it remembers….how to be whole and vital because being whole and vital is fundamentally what each system seeks biologically. Furthermore, when one system starts to deactivate and reset organically, other systems around are more able to do the same. As Steve says “feeling better is better.”

Case Study #1
Mary is a 50+ year-old married woman, who was referred to me for Somatic Experiencing®/Organic Intelligence approximately 2 years ago. She had recently been discharged from an inpatient facility for eating disorders and trauma. She had been referred into the facility by her then psychotherapist who was doing EMDR™ with her, when he felt she had uncovered a memory of ritualistic cult abuse. He diagnosed her with DID and PTSD. She was in the facility for 4 weeks, they wanted to keep her longer but her insurance ran out. When I first met her, she was highly dysregulated, unable to make any eye contact, would slip into long moments of “eye gutter” freeze which would interrupt her speech and train of thought. She was highly suspicious and avoidant of anything that might be “done to her.” She opted to have her sessions while we walked around outside. About 1/4th of her sessions were telephone consults because she was too anxious to get to my office. We built up rapport because I supported a self-discovery process, I read her cues, and I didn’t label her presentation other than through the lens of nervous system processing. Shortly after being discharged from the facility she had to return to work. Work was a very stressful environment for her. Very slowly she worked her way towards orienting, noticing blues, landing blues, and somewhat regulating her own thresholds of activation. She began to like not going over threshold. She changed her style of dress, she quit her job, she has lost about 40 pounds and has written several books (something she had never done before). She is hoping that in 2015 she will start a business.

Case Study #2
Sally is a 40+ year-old single mother of two, whose ex husband is a narcissist and still highly critical of Sally and their kids. When I first met Sally, she would sit in the chair across from me, nearly perfectly upright, two feet placed right next to each other, hands on the armrests, head not moving in the middle. She had a fairly fixed affect that expressed fear and shock. Her eyes were wide open most of the time and she had a significant facial tick which involved her eyebrows raising, mouth opening slightly, head tilting back followed by her left eye closing into a wink that involved the entire left side of her face. She found that she liked orienting very much and would do it at home. After some time she also found she could notice blues. It was around this time when she shared that her own birth had been a difficult one, taking many hours. Her mom had eventually been given morphine and required hospitalization for 10 days. Sally went home from the hospital with her father. Sally is the youngest of three. It was said that their mom “was never the same” after giving birth to Sally. Sally describes herself as a loner and as someone who would love to not be around people ever. She would often say that she loves her own kids but not other people’s. At the time she began therapy, one of her children was having debilitating anxiety. Despite this, and other major concerns, we always made room for orienting and nervous system tracking in our sessions. Sally learned to track her sensations and eventually learned not to go over threshold. About halfway through our work, her facial tick went away. We kept at it, always weaving things back to her nervous system. Presently one of her kids is in counseling, the one who suffered from anxiety no longer does, both kids have stood up to and have begun to differentiate from their dad. Their home life is more settled. Sally is looking for a new job — one that will have her interacting more with people. She has a decent range of affect and gaze states and no longer looks as if she is scared. Sally recently reported that she had to directly address her ex husband and she didn’t collapse, or go into freeze. She said she was able to stay present in the conversation and get out what she needed to say.

My Practice
The youngest person in my practice is five, and the oldest is in his 70s. Presently in my practice I am working with a number of adult adoptees, each with a range of physical and familial challenges. The children that I am working with have been fostered or adopted, and/or have experienced severe early childhood abuse/neglect. I also receive referrals from a couple of physicians in town. These folks usually have a chronic illness, pain or both.