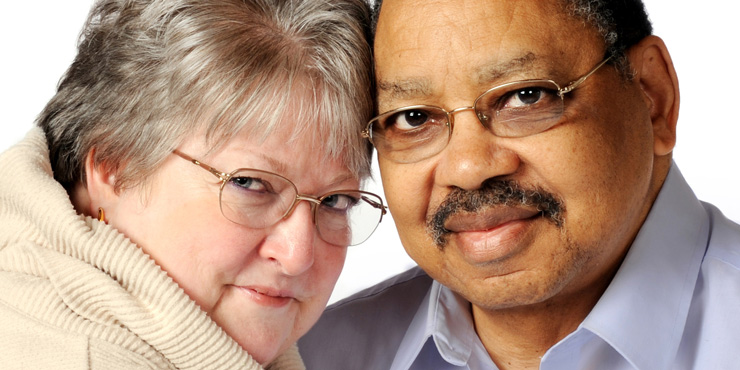 5 years AGO | by Heather Berberet, PsyD
SHARE THIS ARTICLE
print

One of the first questions I asked Steve when he first opened the floor to questions during training was, “How can I use this with couples?” Steve nodded….thought about it for a few moments…and moved on.

We had more basic fish to fry.

However, the question continued to surface for me. I’d worked with a lot of couples at that point, and considered it one of my specialties. I kept thinking that somatic psychology was important to treating couples, giving me a way to do it better. I just couldn’t put my finger on how to do it. Now, several years later, I’m learning how to fry those bigger fish.

Like all things, the process of learning and using OI is fractal in nature; as time passed, I learned to see my patients and their dynamics in more complete and wholistic ways. As my understanding and skill levels deepened, I discovered ways to use Orientation, finding blue, and nervous system pacing to dramatically reduce the amount of time and energy needed to facilitate deactivation in my activated and overwhelmed patients. I’d like to share what I’ve learned in three blog posts, focusing on each of these skills. I hope you find them as helpful as I have.

Before I tell you what I found, let me say that, as with all things human, this is complicated. While I found these strategies helpful, they take finesse and creativity. They don’t work all of the time. In fact, I’d say they only work some of the time.

After writing this post, I used the directed orientation strategy I describe below with a patient. It didn’t work. At least not a first. I had to back up, slow down, and get creative. However, with more joining and pacing, my client was able to look at his partner and recognize the differences between what he felt and what was actually happening outside of himself. Victory!

One of the foundational reasons couples fight is because they lose each other. Obviously, I don’t mean they have to head off to the lost and found. I mean they lose the personhood of their partner.  They start floating around in their memories of other lovers, their fears of recreating bad parent-child interactions, their childhood (and adult) fantasies of how relationships are “supposed” to be, and they are set adrift, disconnected from the reality of the person sitting across from them. They forget whom they have chosen, whom they love.

When I finally made the connection between this disconnection between partners and disorientation, I got pretty excited and started experimenting, playing around with using non-directed orientation practice to reduce the tension when couples became upset with each other in session. I also started directing their focus towards their partner in an attempt to get them to get out of their heads and connected to the real, live person sitting next to them. It helped!

During a therapeutic dialogue between the two partners, if the listener became activated, I would stop the conversation and help the listener acknowledge their state of activation. Then, I asked the listener to look at their partner. I had them describe their eyes, their nose, their mouth, their hair, etc. Next, we moved explore the positive feelings they had towards their partner. (The pull here to red is often pretty strong, so be patient and persistent.) Finally, I would ask them if the activated thoughts/sensations they were having matched the person sitting across from them. If they had been able to stick with the process, the answer was often no. As the listener became more orientated, their capacity to listen grew and the original conversation could continue.

I focused on the activated listener, because that is where the disorientation is most obvious and disruptive to the process.

However, it didn’t always work. Sometimes, the activated listener was so overwhelmed they didn’t have the capacity to look at their partner. In these cases, I “side-barred” with the listener and asked them what their eyes wanted to do. Once they understood what I was asking, (which occasionally took some doing),  they often told me their eyes wanted to close or stare off into space. I would then support them in doing this, encouraging awareness of the experiences associated with following the impulse of their eyes and wait for a deactivation. I’d continue in this vein until the listener had regained enough capacity to complete the exercise.

As a side note, I have found that, when working with orientation, looking around a room can be too much for some people already in a state of overwhelm. In these situations, coaching them to become aware of the impulse of their eyes and then to find the pleasure in following that impulse has been surprisingly powerful. With really “freezy” clients, it has taken most of the session for them to regain enough capacity to orient to the room. However, once they do, response is pretty exciting because they are so present.

I have also found using orientation helpful when both couples are activated and having a hard time managing their feelings of impatience, frustration, resentment, etc. during a session. Once the couple has been taught how to do an orientation, not only does it make for a great homework assignment, it can also be called upon in session to evoke deactivations in everyone (myself included) and get us back on track.

So, those are a few thoughts on using orientation with couples. Next time, finding the blue!

Tell me, how are you using OI in your work with couples?

Dr. Heather Berberet is a San Diego psychologist specializing in couples therapy. When not working with adults, couples and adolescents in her private practice office, she is mothering her daughter, loving her wife, and watching Doctor Who (and Star Trek, and Star Wars, and anything sci-fi/geeky, really.) She can be found at www.Dr-Berberet.com and www.DoctorWhoOnTheCouch.com.