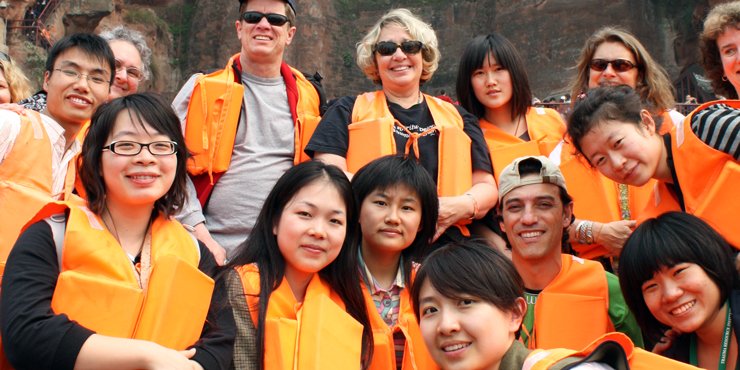 As I complete the final edit for this blog post in late April of 2016, there are stories about the recent earthquakes in Ecuador and Japan. This last week also brought the announcement of Kathryn Schulz winning the Pulitzer Prize for her New Yorker article “The Really Big One,” about the 10-30% likelihood of a catastrophic earthquake and tsunami in the Pacific Northwest in the next 50 years. These events and my past experience with disaster relief remind me that there always has been, and always will be, a great need for individuals to help out after disasters. It is part of the human condition.

On May 12, 2008, I was sitting in my office in Beijing when I began feeling uneasy and slightly nauseous. About a half hour later reports started to filter in that there had been a massive earthquake registering 7.9 on the Richter Scale in Sichuan Province. Within a few days I was in Chengdu, the provincial capital, working with the U.S. Consulate and several private companies to help individuals recover from the trauma. By the time I arrived in Chengdu, the earthquake had been declared one of the deadliest not just in Chinese history but in world history. Over 69,000 people died, 18,000 were deemed missing and 374,176 people were injured. Somewhere between 5 and 11 million people were left homeless by this disaster.

Having begun training in somatics earlier that year, I had a taste of the utility of a somatic approach in working with shock trauma. I mobilized a team of over 30 somatic practitioners to come to the earthquake zone in Sichuan to both deliver direct care to earthquake victims and provide training to therapists, medical professionals, and other first responders. Over the course of the next 20 months the China Earthquake Relief Project (CHERP) was born and received both funding and recognition from the World Health Organization (WHO).

As I had very little experience with a somatic approach to disaster relief at the beginning of the project, I initially spent much of my time coordinating logistics. I was able, however, to frequently observe interventions by the somatic practitioners and, by the end of the project, I was further along in my training and able to understand and participate more in what was happening.

As I began studying with Steve Hoskinson, I began to notice that several of the somatic practitioners who had come to China seemed quite naturalistic in their approach to intervention. It  was as though they were seeing things that I wasn’t and responding more organically to what was going on in the client’s nervous system. What seemed like magic during the early stages of the project, now revealed itself to be precise attunement to the nervous system of the client, attention to the completion of incomplete motor patterns, and expert shepherding of the client’s system through intrinsic thresholds and deactivation. 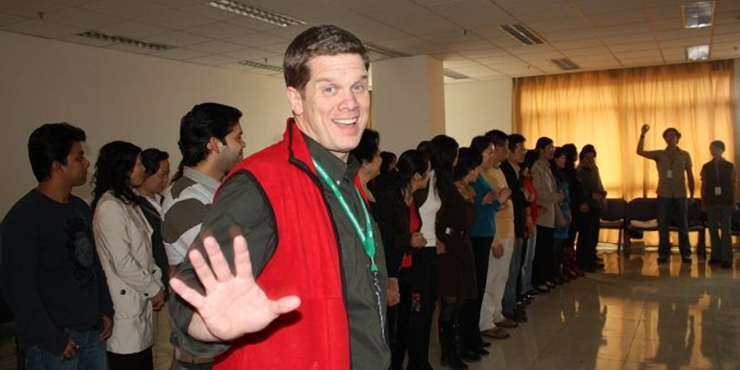 Early on in the project, we probably spent way too much time in the field and not enough time taking care of ourselves, or making sure staff and participants were doing okay. As the project finished up, I started to understand that Organic Intelligence® concepts were true, not just for individuals, but for the project as a whole. As the project director, I started paying more attention to my own activation, to the overall container of the project, and to making sure the basic needs of the practitioners, support staff, and participants were taken care of. We began having nightly debriefings for the staff after days in the field. This resulted in improved relationships between staff and a general shift towards positive engagement in the project with all of the volunteers.

Mister Rogers channeling Organic Intelligence
One of the most profound comments I have heard about disaster work and one that seems to channel the Organic Intelligence approach comes from Fred Rogers, the long-time host of Mister Rogers’ Neighborhood on PBS. “When I was a boy and I would see scary things in the news, my mother would say to me, ‘Look for the helpers. You will always find people who are helping.’” Fred Rogers appears to be channeling Organic Intelligence here. He is suggesting that kids and their parents orient to “Blue” — OI-speak for “pleasurable experience.” In Organic Intelligence we help people connect to “Blue,” or pleasure, as a way to help balance and integrate experience, especially overwhelming ones. Fred Rodgers must have intuitively known that bringing attention to compassionate and supportive helpers brings a comfort necessary for children to integrate the horrors of shock trauma.

Social support and integrating traumatic experiences
In 2014, after 11 years in China, I returned to the U.S. and am currently living south of Hilo, Hawai’i in Puna. Hawai’i is no stranger to natural disasters, and in late 2014 this part of the island was hit by Hurricane Iselle. From October 2014 through February 2015, Hwy. 130, the only major artery for people living on this part of the island, was threatened by lava flow several times. During that time, I did a training for area mental health and medical professionals using somatic and Organic Intelligence principles. Because I live just a few miles from the lava flow, this disaster touched me more personally than past disasters I have been involved in. If the lava had cut off the major artery or flowed all the way to the sea, then I would have been cut off from many new friends and acquaintances. I can only imagine that this would have brought nervous system dysregulation to some families and friends who have lived here all of their lives and will be separated by the lava flow. Luckily the lava stopped less than a mile from the major highway!

It is interesting that many friends and acquaintances have commented that the lava flow and possible separation has resulted in a growing sense of community and mutual support. I have heard a story that is reported to be about Peter Levine. He was helping out after the Northridge Earthquake in the 90’s and saw a group of people supporting each other after the earthquake: carrying possessions out of the rubble, bringing food, clothing, and supplies to victims, and giving their friends and family physical and emotional support. Peter is reported to have said: “those people will do better than the people who go to see their therapist next week.” I believe that social support is critical to being able to integrate traumatic experiences before, during, and after a disaster.

Building a base of knowledge and expertise in disaster relief
I look forward to discussing disaster issues on the OI Blog and invite comments about working with volcanic related disasters. Lava flows seem to be different from most of the other natural disasters I have responded to. With an impending lava flow there is much more time to prepare and orient to safety than with other disasters, yet the devastation is more complete. One cannot rebuild a house or plant on a property that been covered by several stories of lava.

I hope we can begin to build a base of knowledge and expertise here regarding healing following natural and human-made disasters. I am looking forward to hearing from others about their experiences using Organic Intelligence with victims of disaster. If you are interested, email me at hilorob@icloud.com.

Rob Blinn, PhD, MA, SEP, OIX is a Training Assistant with Organic Intelligence, and a Therapist with a private practice in Hilo and Pahoa, Hawai’i (Big Island). He speaks Mandarin.